Atlanta Schola Cantorum is an auditioned mixed chorus of amateur and professional musicians who volunteer their time and talents. While most of Schola’s performances are a capella, some concerts include works accompanied by period instruments, organ, or piano.

Dr. Christopher Walters: Chris Walters earned his Doctor of Musical Arts degree in Choral Conducting from the Boston University College of Fine Arts in 2014.  He founded the Huntsville Collegium Musicum in Huntsville Alabama in 2013 and served as its Music Director from 2013 to 2016.  He is currently the Director of Choral Music at The Westminster Schools of Atlanta, a position he took in 2016.

Religion of Music Redefines the Role of the Chorus at Piccolo Spoleto and Beyond (Leah Stacy, The Post and Courier [Charleston], 6/3/2012)

Founded in 1974 as part of Kelly’s Seed & Feed Theatre, Atlanta Schola Cantorum is the oldest independent chorus in Atlanta. Schola presented the first local performances (in the 1970s) of 12th-century mystic and composer Hildegard von Bingen’s Ordo Virtutum and provided the original casts for The Play of Herod.

Schola presents two sets of concerts a year (winter and spring) in the Atlanta area, with occasional concerts at other venues in the Southeast. Since the 1970s, the group has been invited regularly to perform in Charleston, S.C., for the annual Piccolo Spoleto choral festival and other occasions. 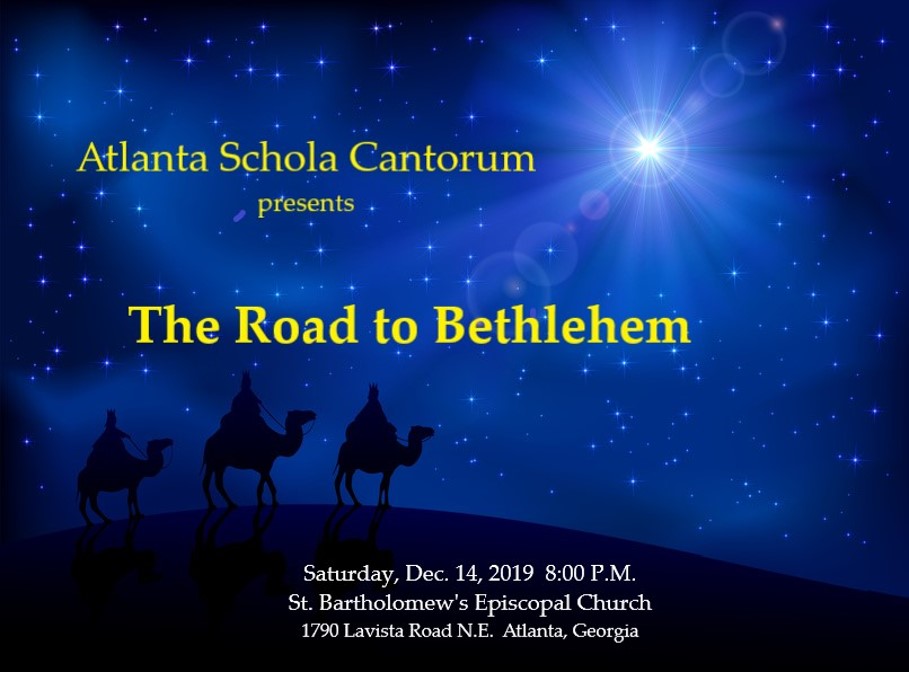 Join us for a reception after the concert with drinks and snacks provided by Schola.